A Year in South America on 35mm Film

We recently put out a call for submissions, sure that some of you out there would have great stories to tell. We’d like to thank all those that sent something in for taking the time, and very happily share with you our pick of the bunch.

Words and photographs by James Moor

A few years back, I was in need of a focus. The rest of my life was hurtling towards me and I wasn’t always dealing with it in the most positive of ways. It seemed like a good point to take a break and finally do some proper travelling. I’d always wanted to see South America on a long term trip, but never thought I’d be able to afford it. I talked it over with my girlfriend, we did some sums, and we scrimped as much as we could for two years. We even stopped going to the pub. Eventually, we took the plunge and bought a one-way ticket to Buenos Aires.

The plan was to take our time with it. Neither of us wanted to be darting from city to city, necking shots in hostel bars and then fucking off once we’d been round the sights. We wanted to meet real people and see real places, to get to know that vast continent as best we could and spend ages doing it. Despite saving, we still had nowhere near enough money for a trip of that scale unless we continued to really penny pinch while we were away and that was going to mean lots of camping, working for food and board, and being economical with our destination choices; lucky for us, they turned out to be the ingredients that made the trip so fulfilling. In the end, we were away for a year.

To capture everything, I took a Minolta x-500 analogue camera and thirteen rolls of Kodak Portra 160. In many ways, it was a terrible idea. Trying to find somewhere to get it developed was near-impossible and when I did, my shaky Spanish was never anywhere near up to scratch. I had to desperately try and keep it cool in sweaty jungle heat miles away from the nearest refrigerator and I slept with irreplaceable exposed film in my arms on dodgy overnight buses. It was a labour of love that sometimes had me wishing I’d brought a digital point and shoot, but ultimately I think it was worth it.

I’ve called this small selection of photos from the trip ‘Muchas Vidas Pequeñas’, meaning lots of little lifetimes. Throughout our time in South America, we made sure we stayed put for longish periods with each of these chunks of the trip feeling like their own lifetimes. However different things got from life back home - whether it was finding ourselves cooking empanadas in a manic bar in Buenos Aires, house sitting in the Bolivian cloud forest, camping in Patagonia for endless freezing weeks, or staying with hippies on an almond farm outside Santiago - we took the challenges on the chin and slipped into that new lifestyle. Before we knew it, we’d been there forever. Collectively these photos represent all those vidas pequeñas, the places we stayed, the people we met, and the lessons we brought back. Thanks to them, I’m refreshed and better equipped to take on this next bit of my life. 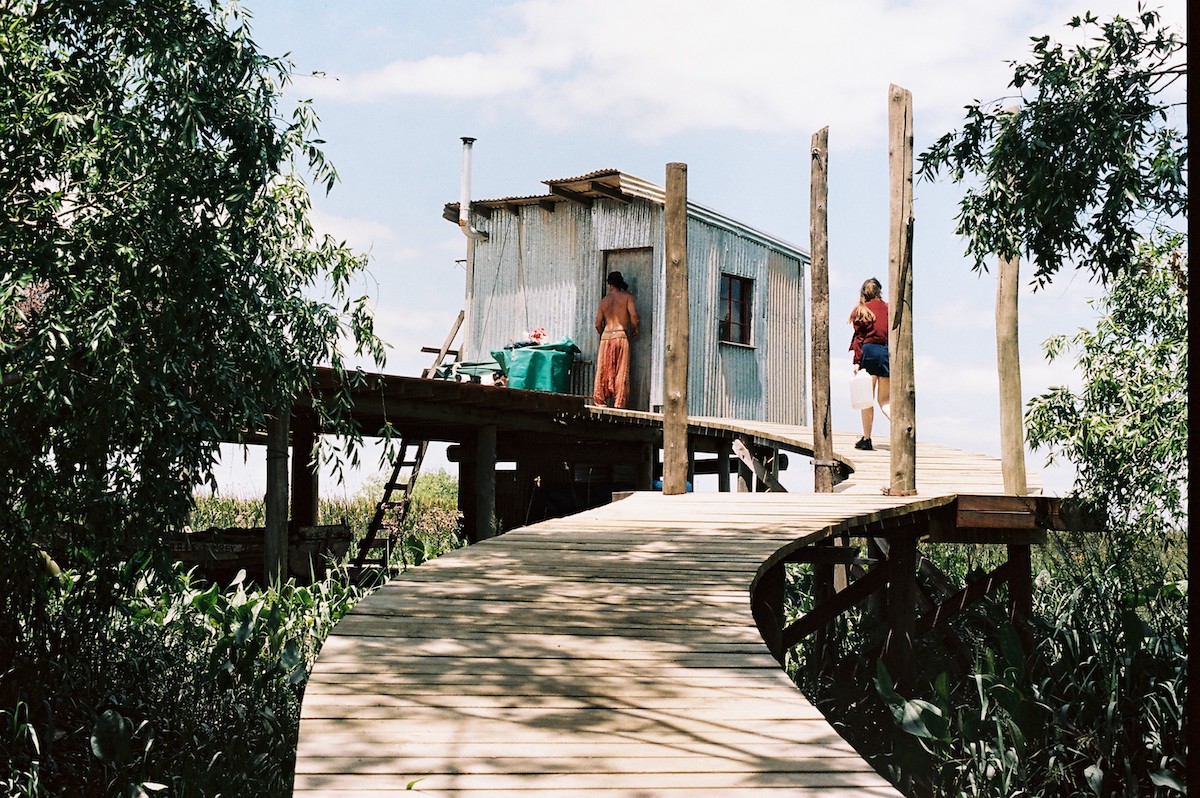 Sebas, owner of Casa Puente bar in Buenos Aires, takes us to his weekend getaway which he called ‘The Island’. Paraná Delta, nr. Buenos Aires 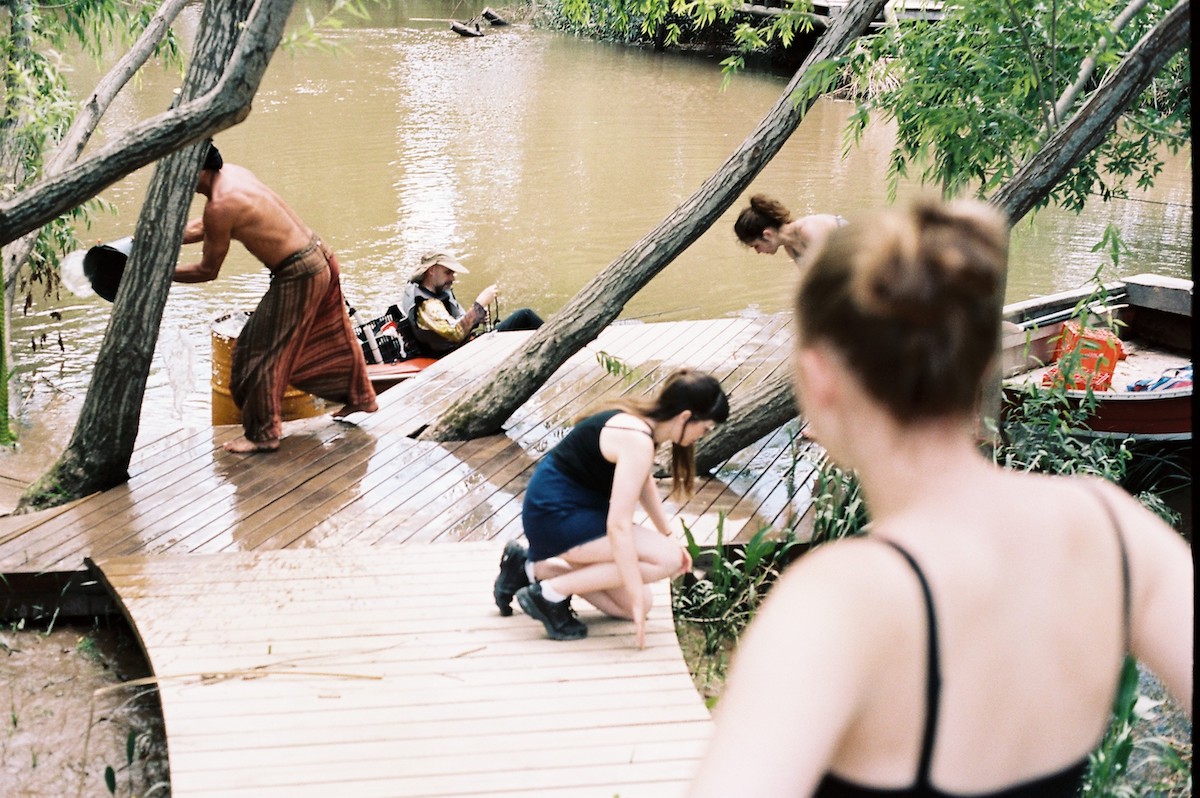 A kayaker takes a break as we scrub the jetty at ‘The Island’ with Sebas and his partner. Paraná Delta, nr. Buenos Aires 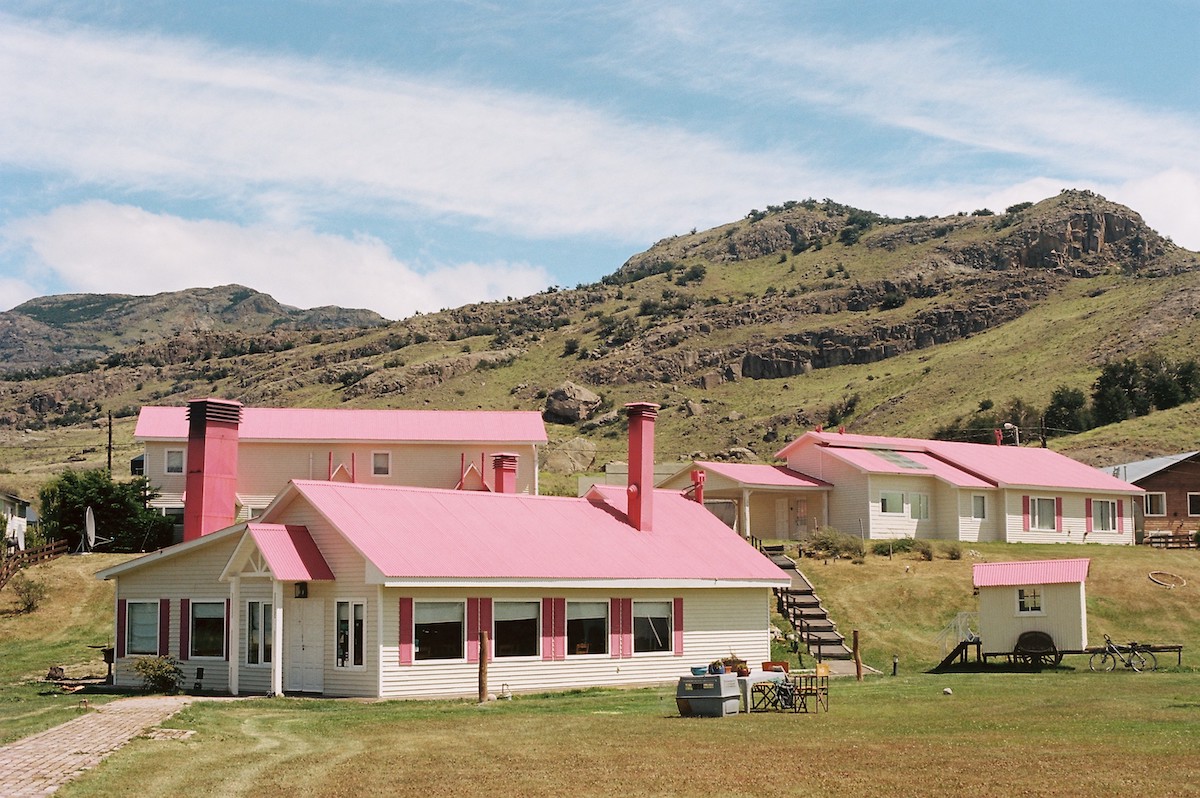 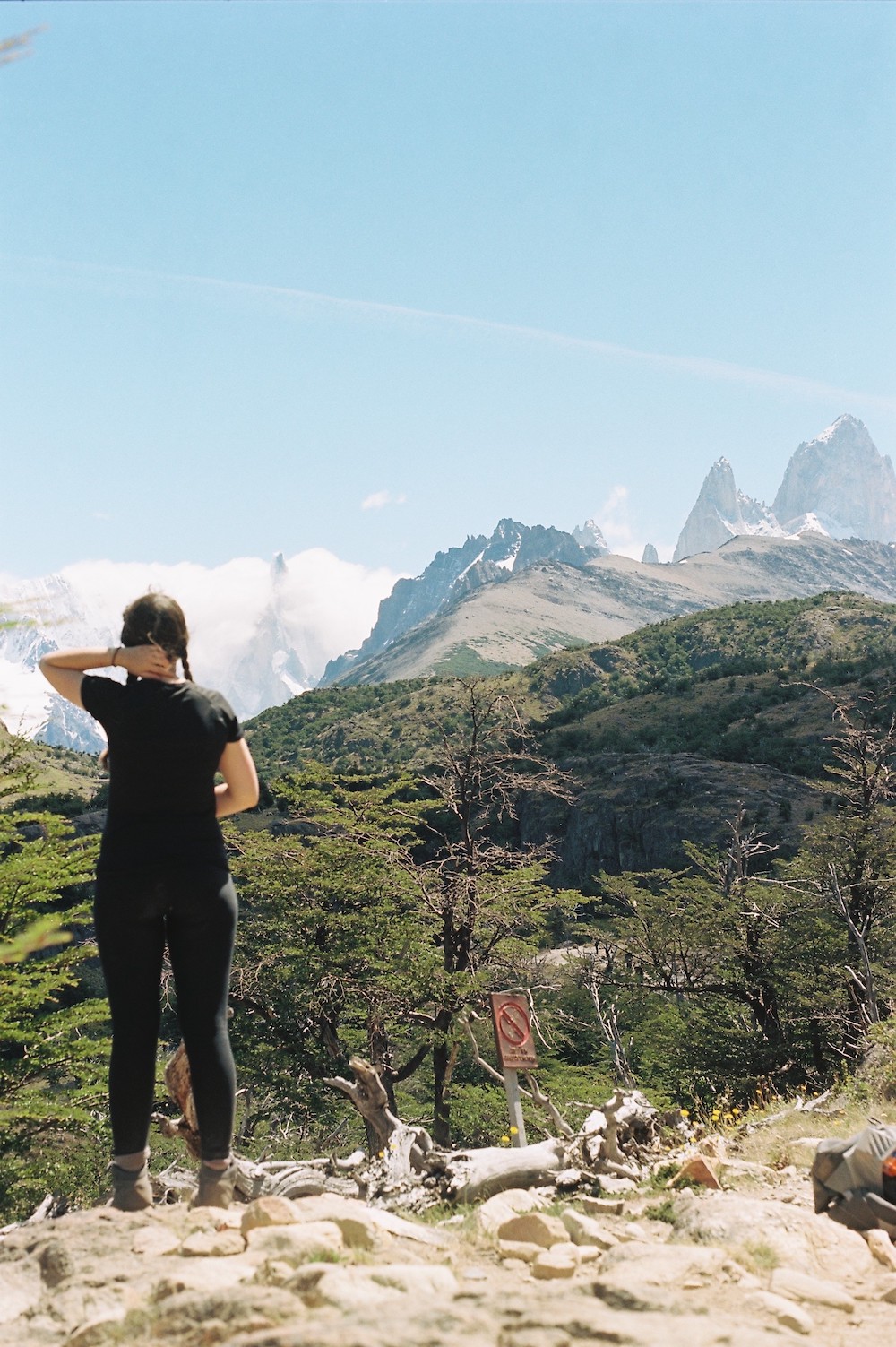 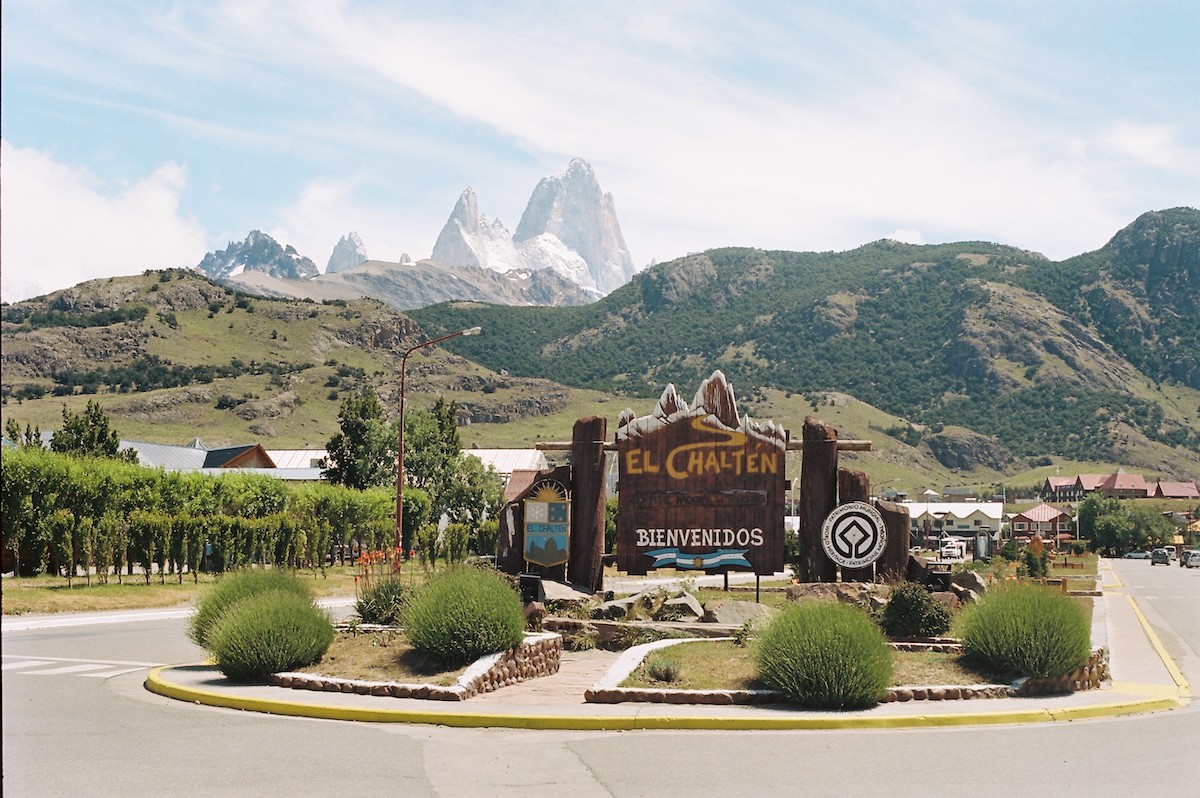 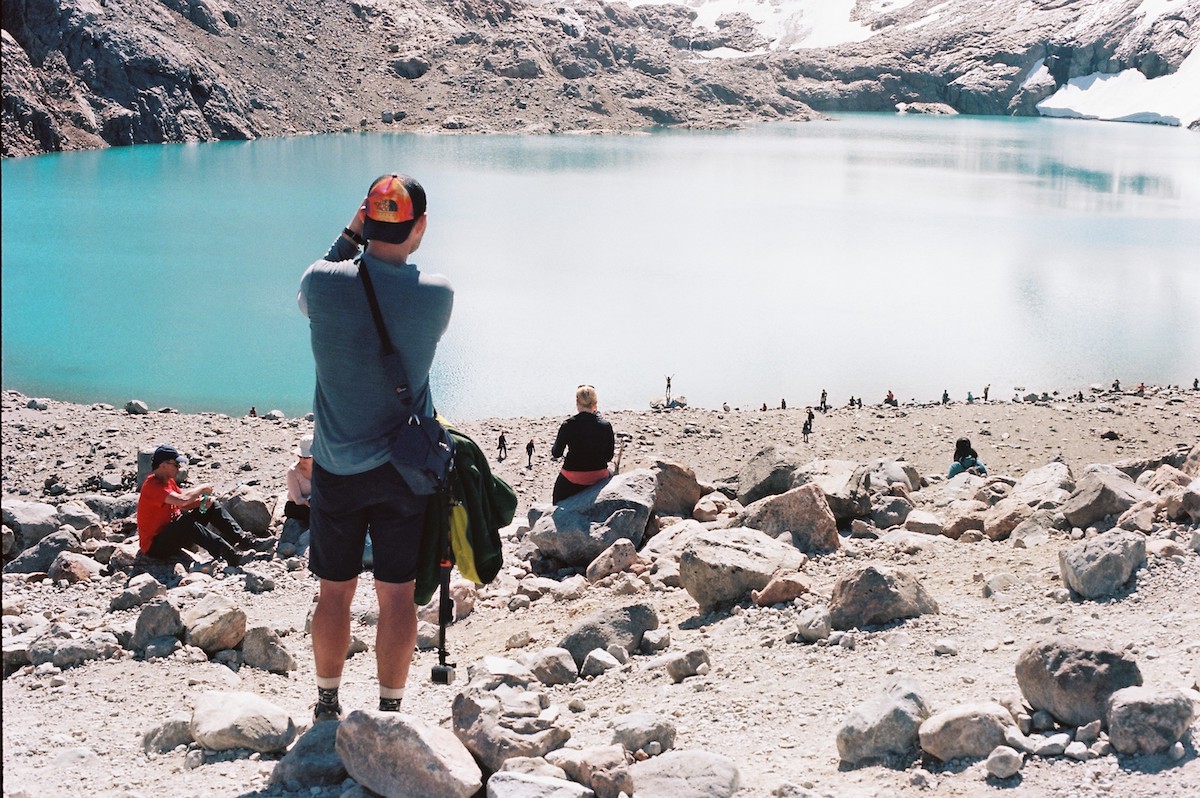 On a rare cloudless day, Laguna de las Tres at the foot of Mount Fitzroy is packed with selfie-takers and sunbathers. El Chalten, Argentine Patagonia 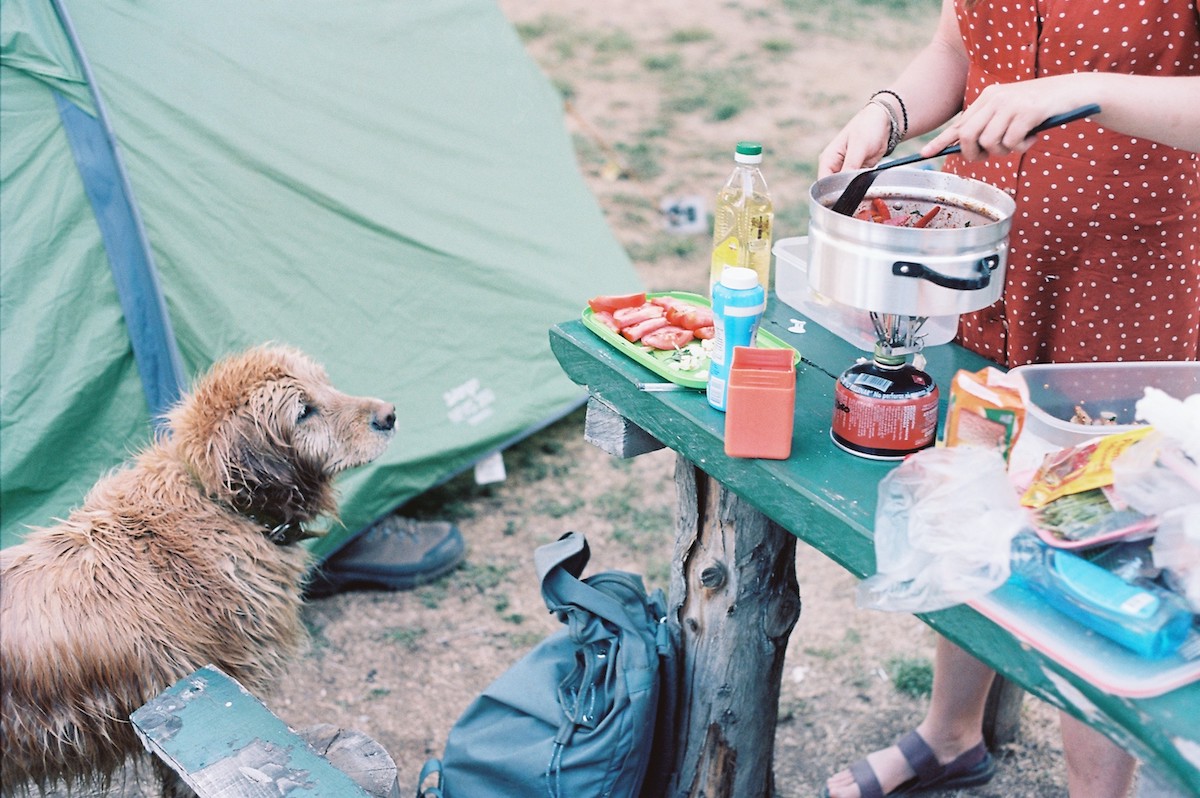 The dogs in Argentinian campsites were always affectionate, loyal, and hungry. Bariloche, Argentina 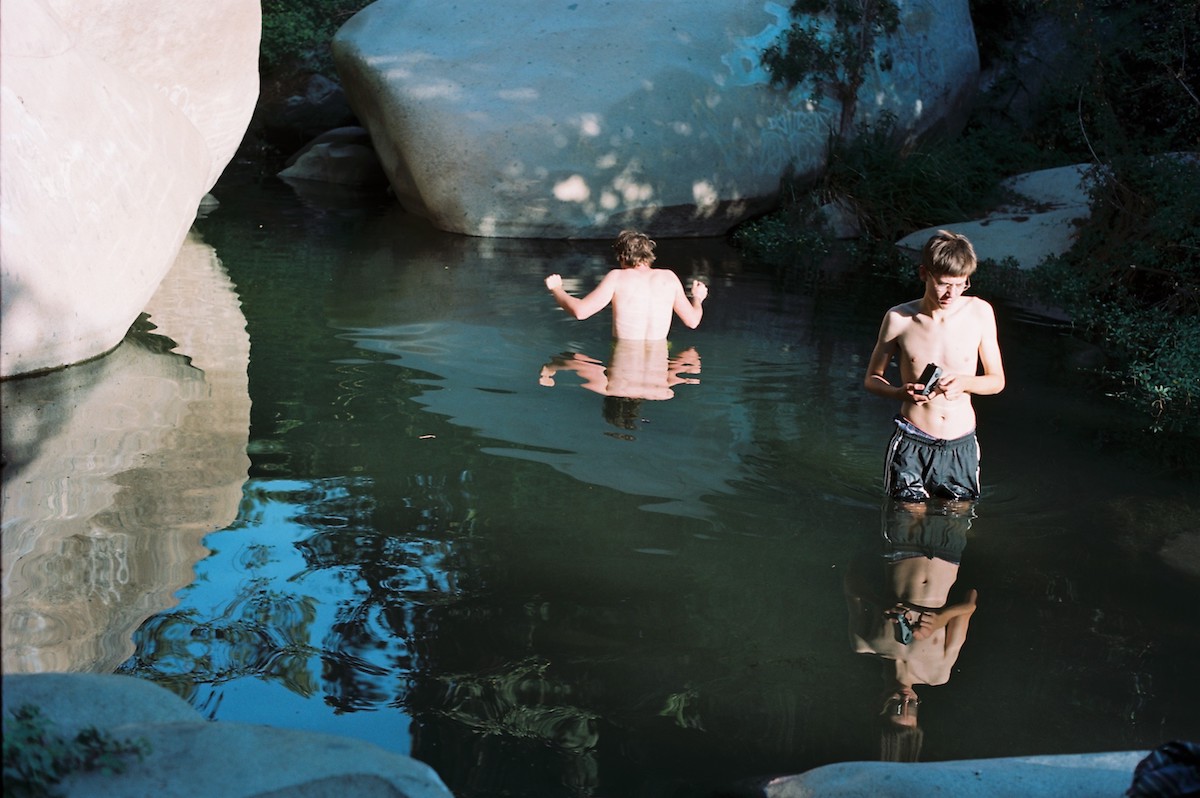 Cooling off after a hard day’s work at Monteluna. Nr. Santiago, Chile 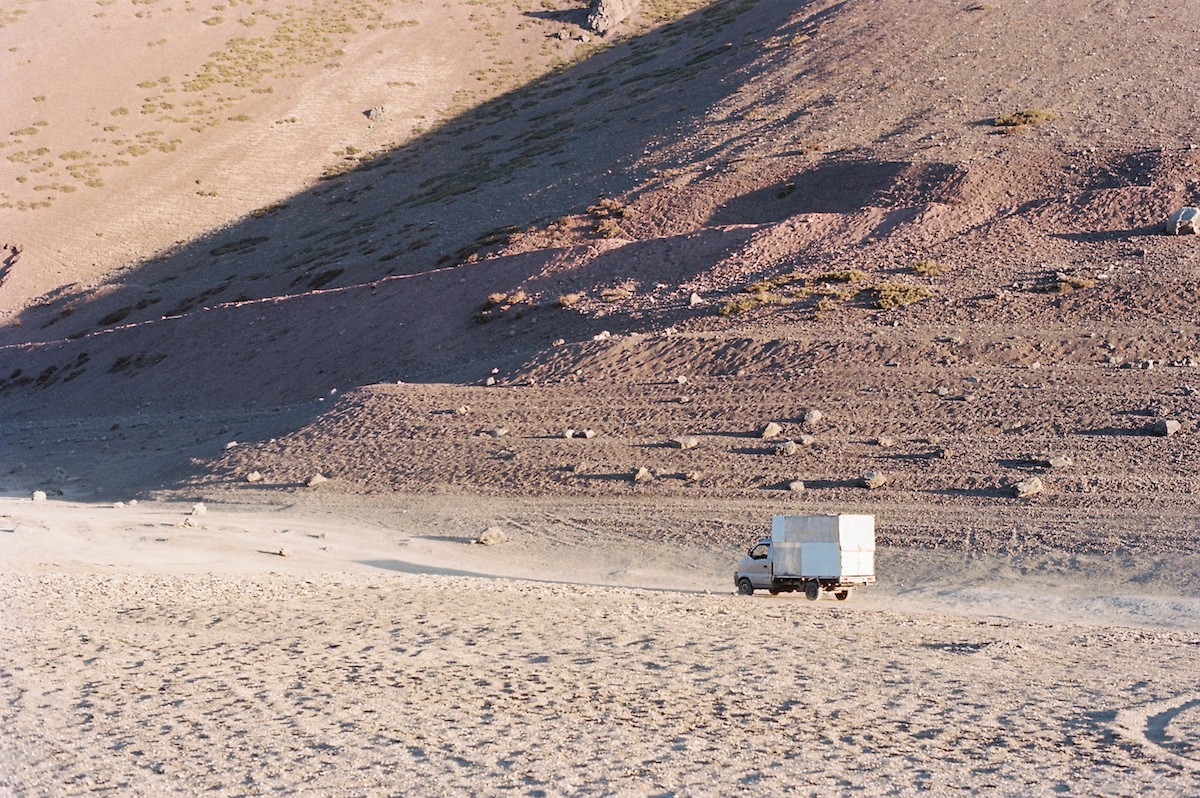 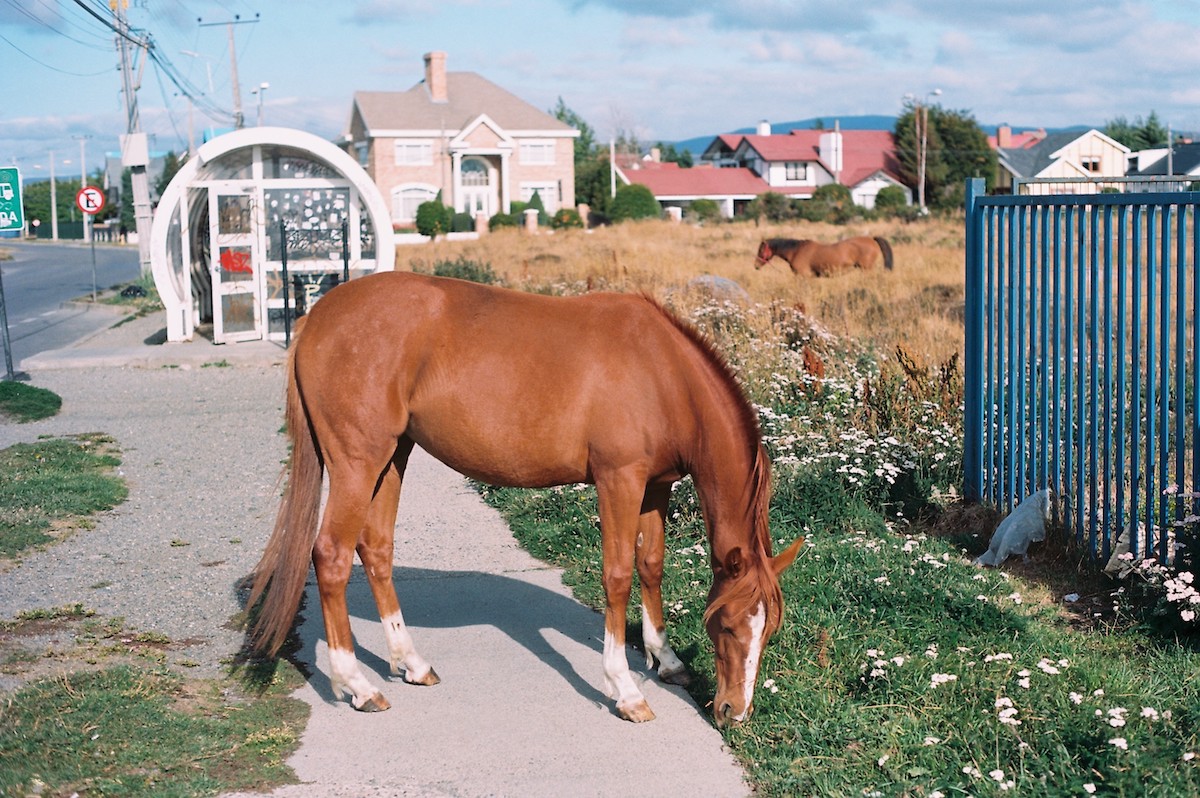 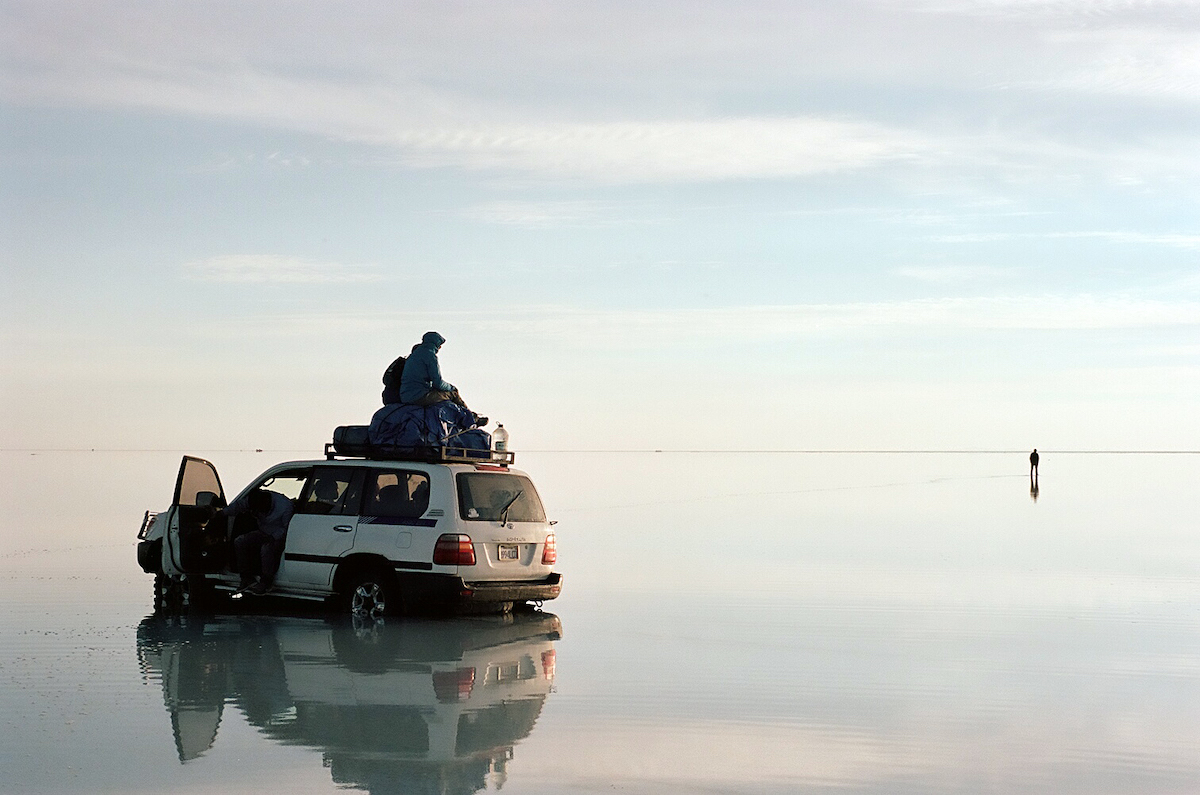 With a truck wheel sunk into the salt, we got to enjoy the sunrise on the salt flats marooned far away from any other tours. Salar de Uyuni, Bolivia 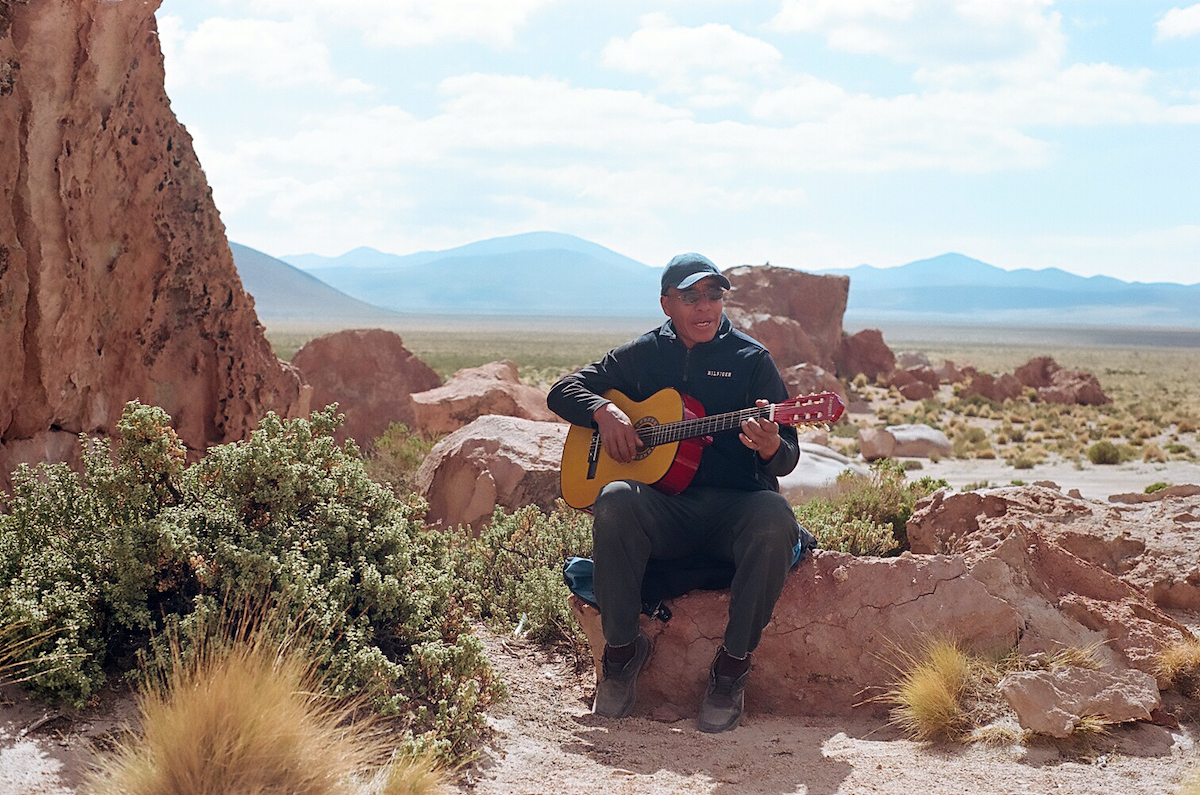 However far you think you are from Manchester, you can still always find a bloke strumming the chords to Wonderwall. Bolivian Highlands, Bolivia 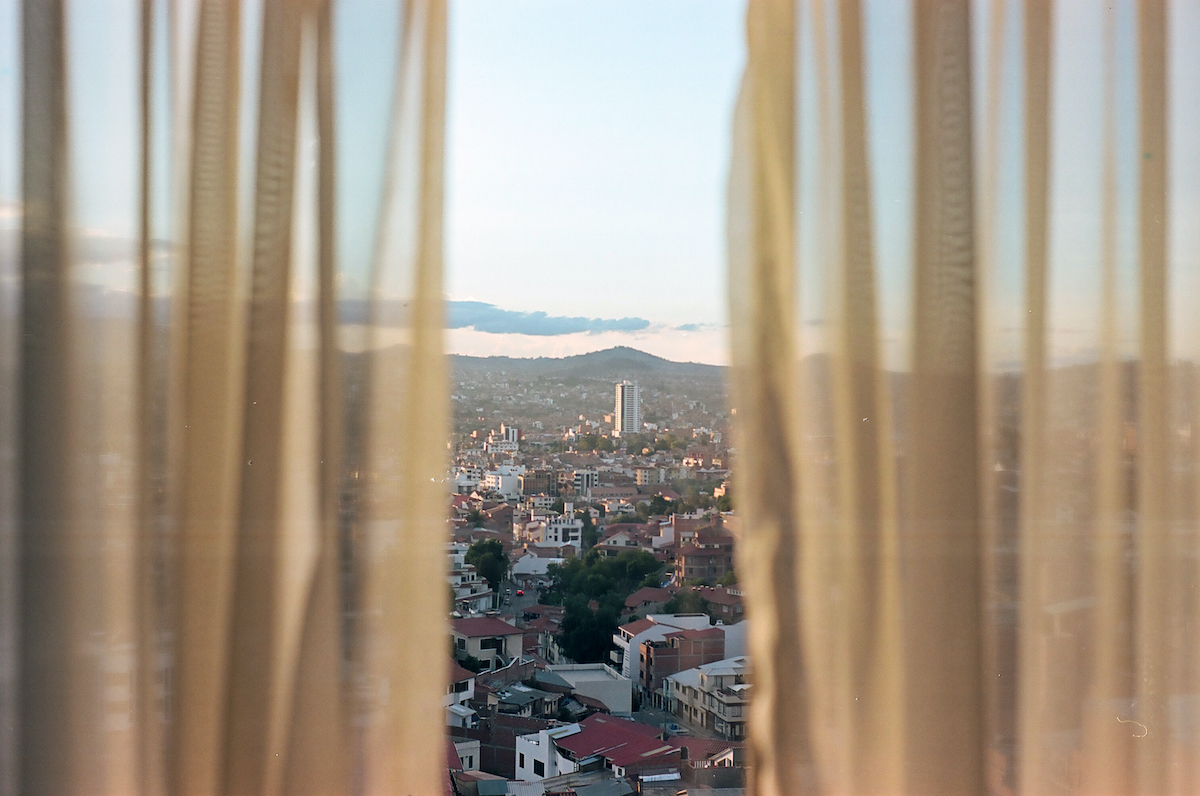 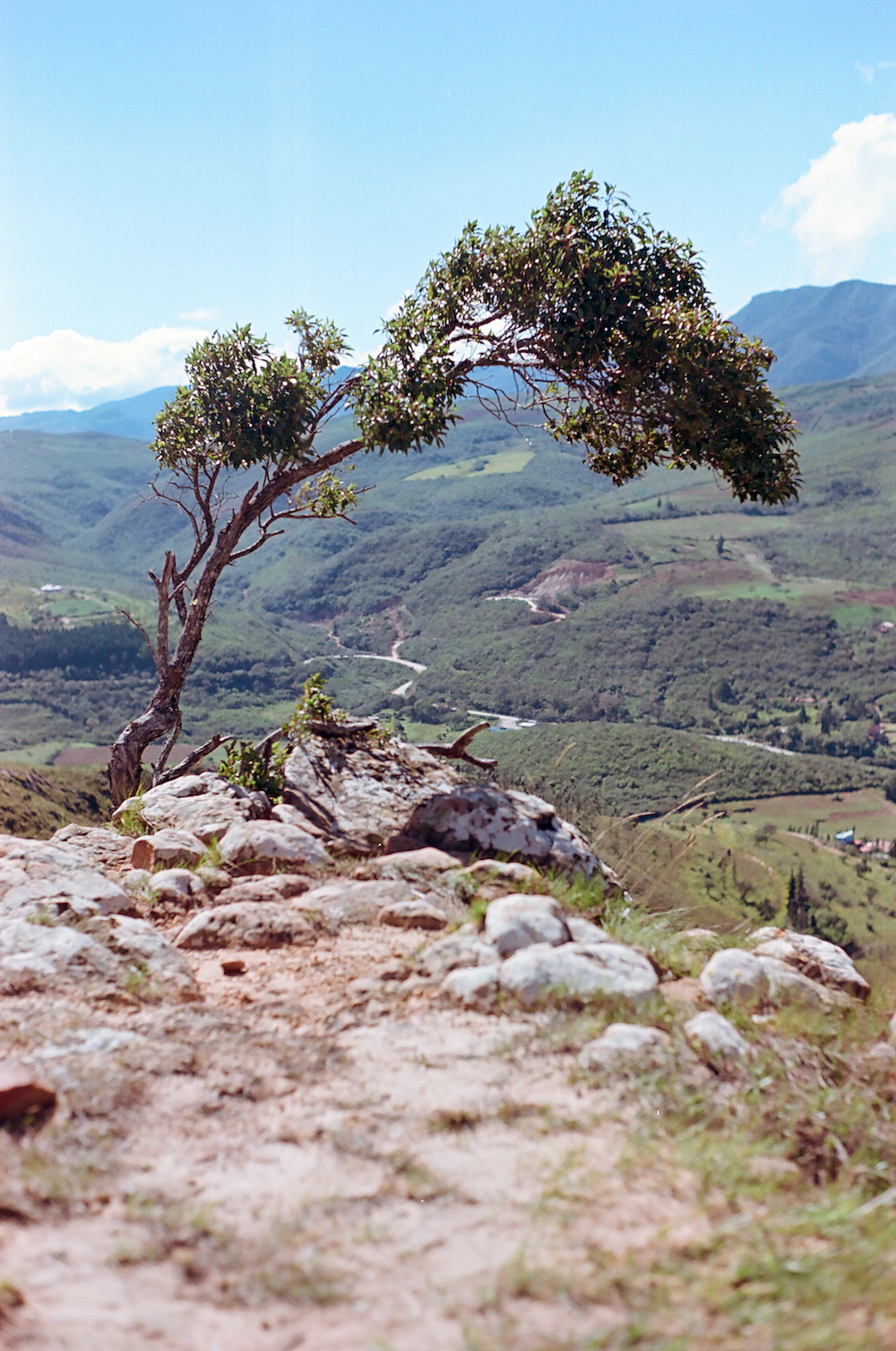 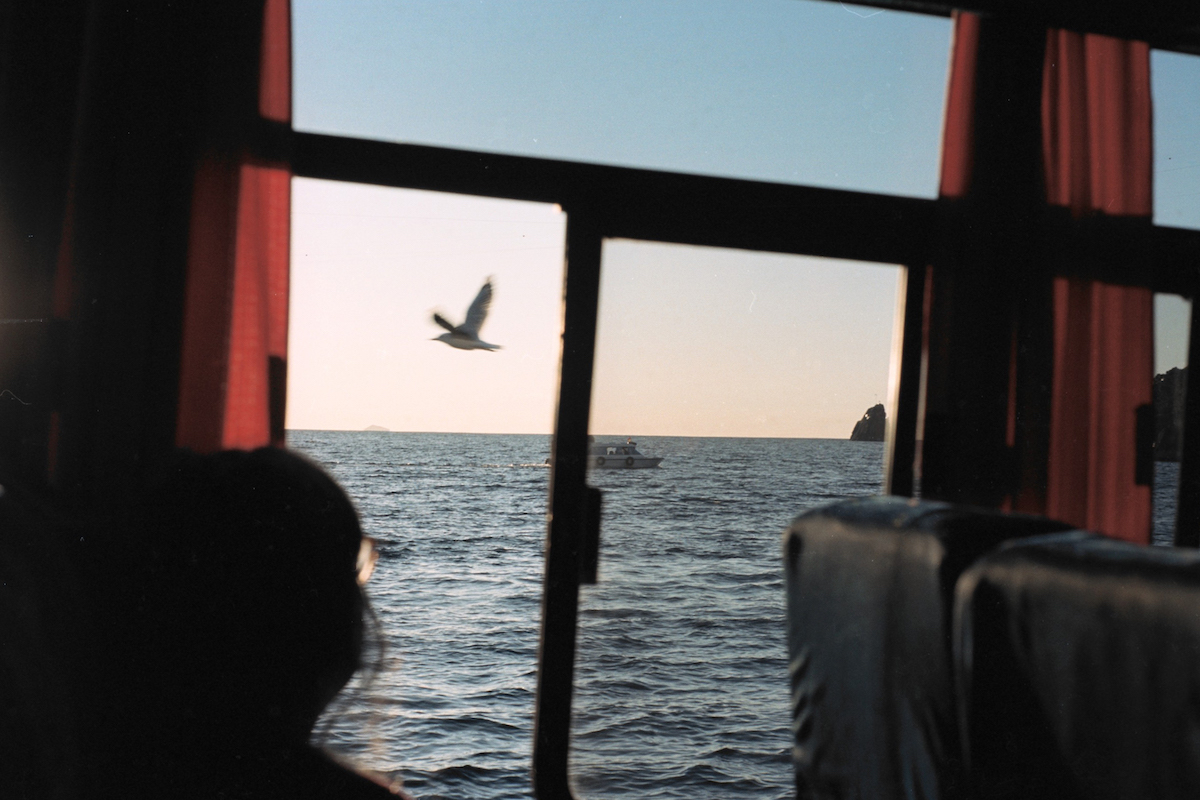 On a bus on a boat navigating the highest navigable lake in the world. Lago Titicaca, Bolivia 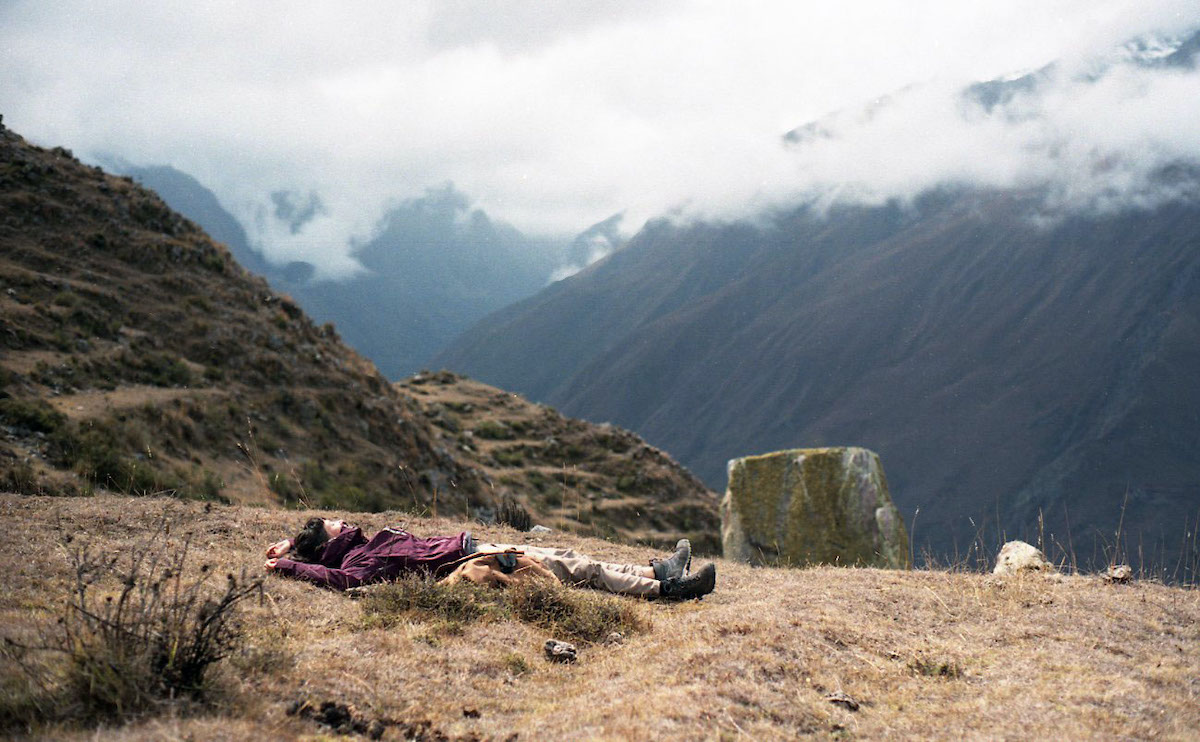 In the Sacred Valley, we sacked off crowded Machu Picchu for lonely day hikes. Here Mollie takes an altitude-induced break on the way up to Incan ruins, Inti Punku. Sacred Valley, Peru 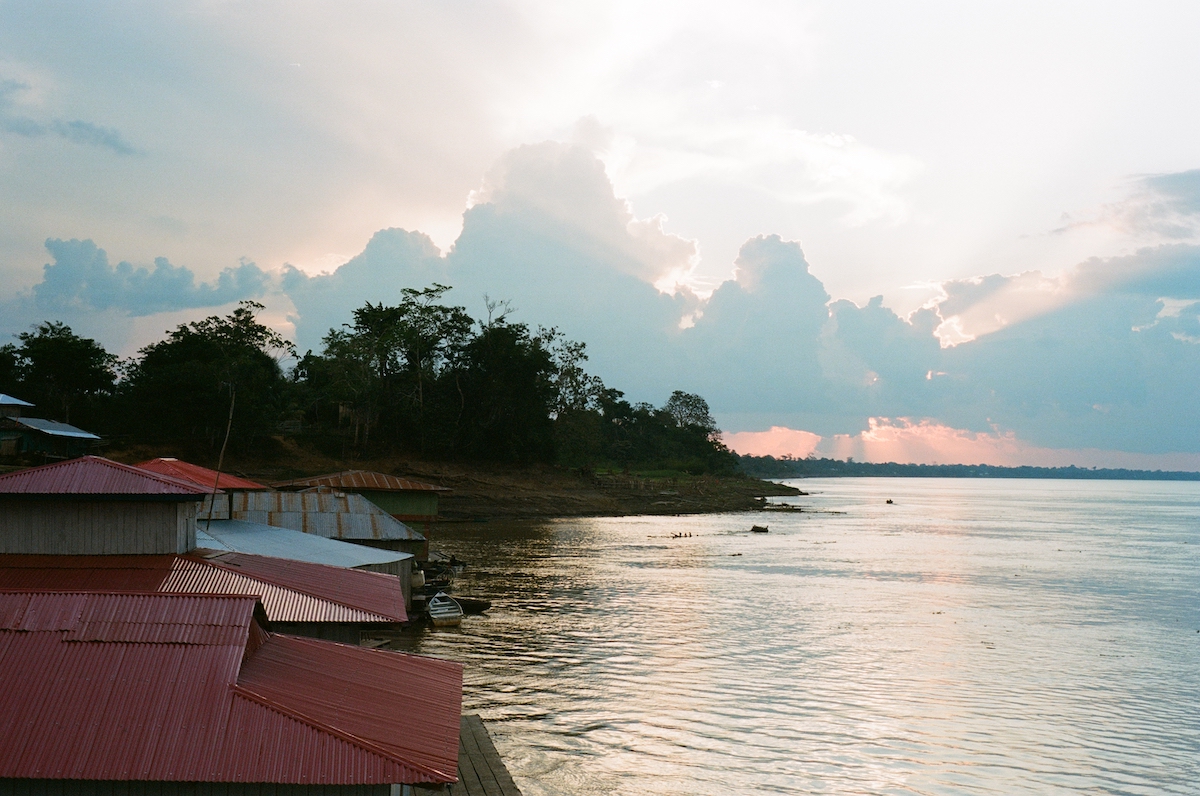 Sunset from cargo ship, The Victor Manuel. The Amazon, somewhere between Peru and Colombia 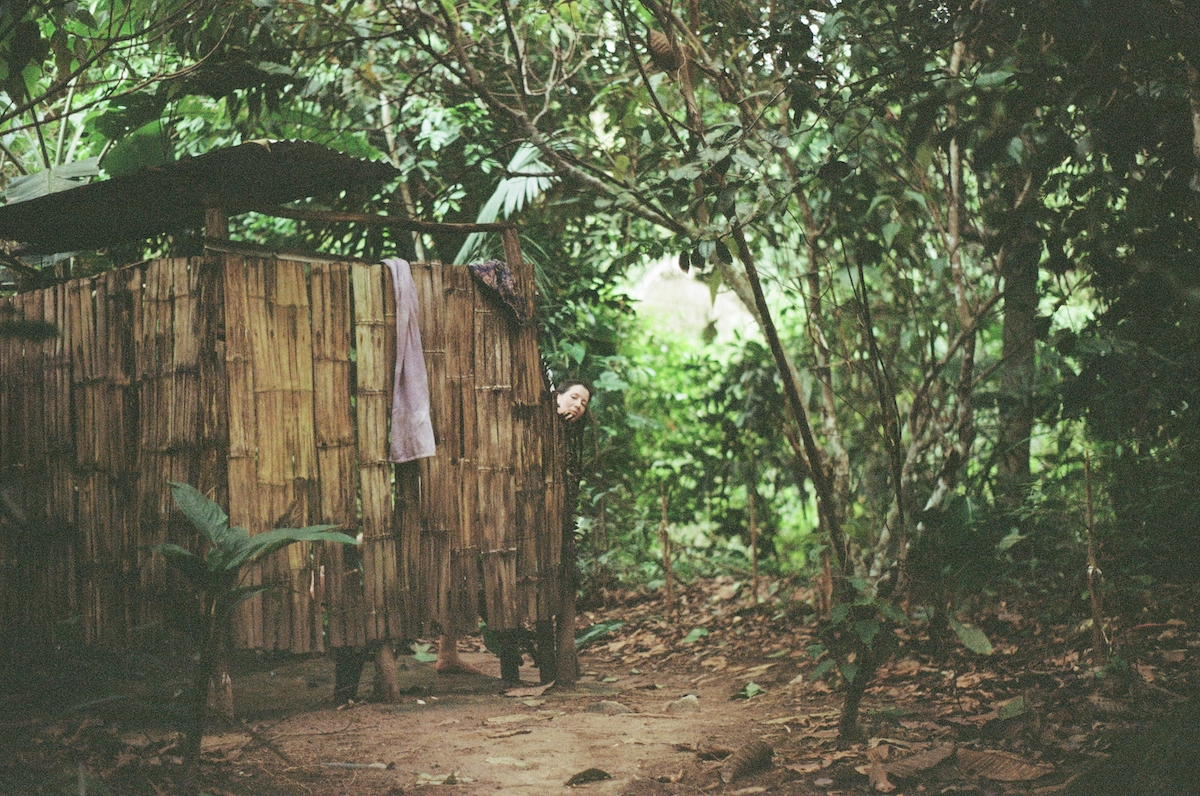 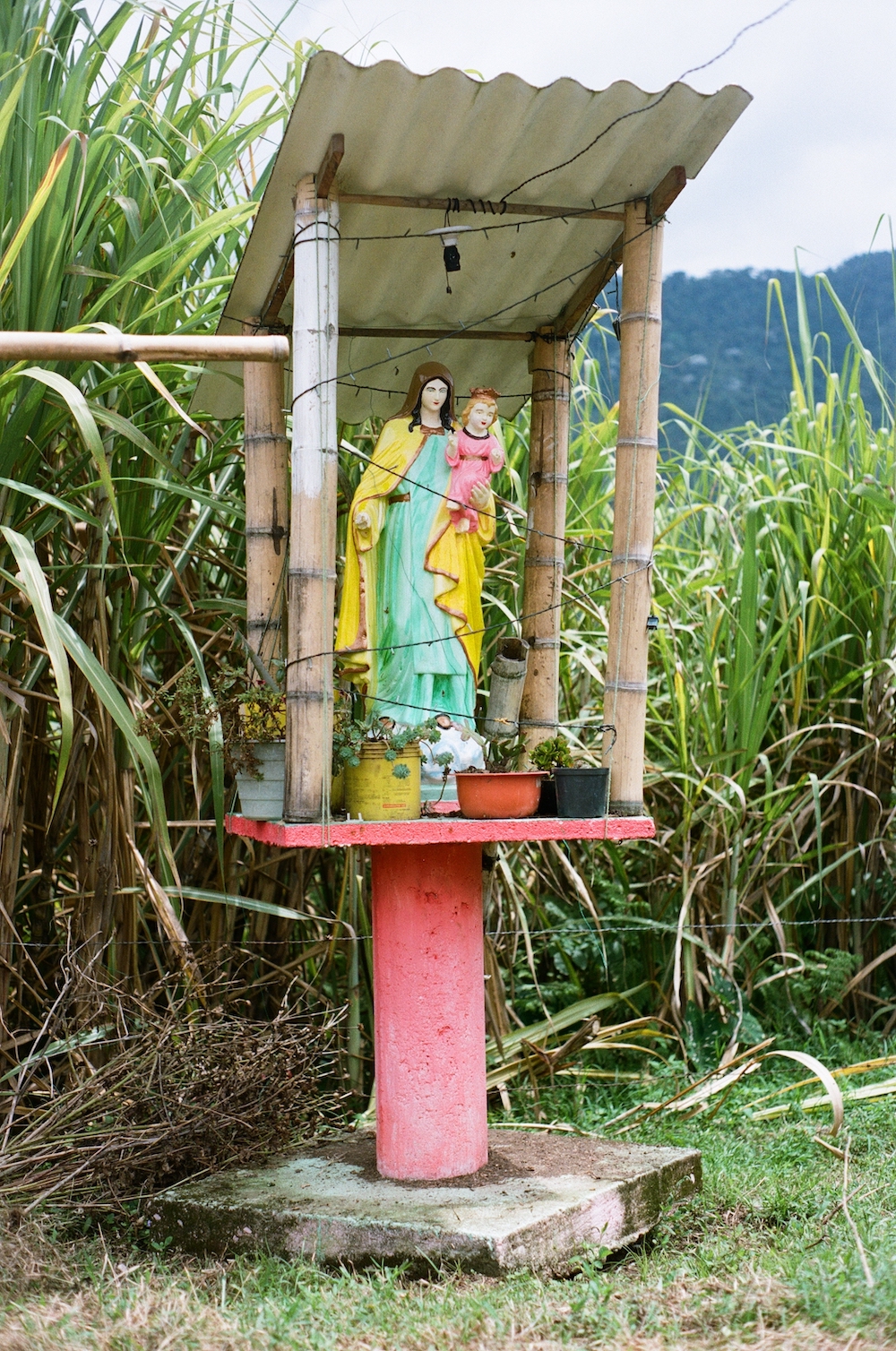 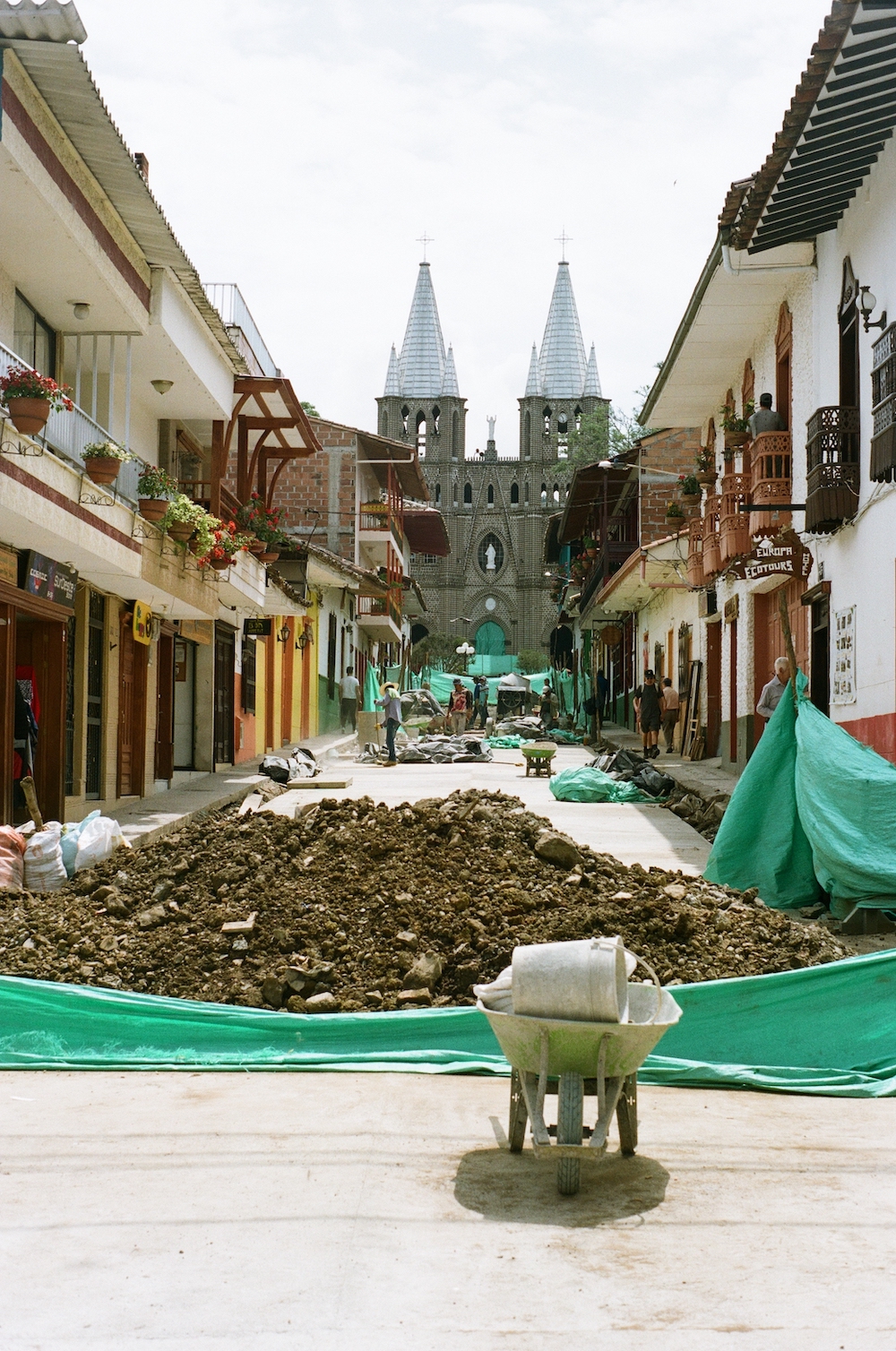