Round the World on a Unicycle 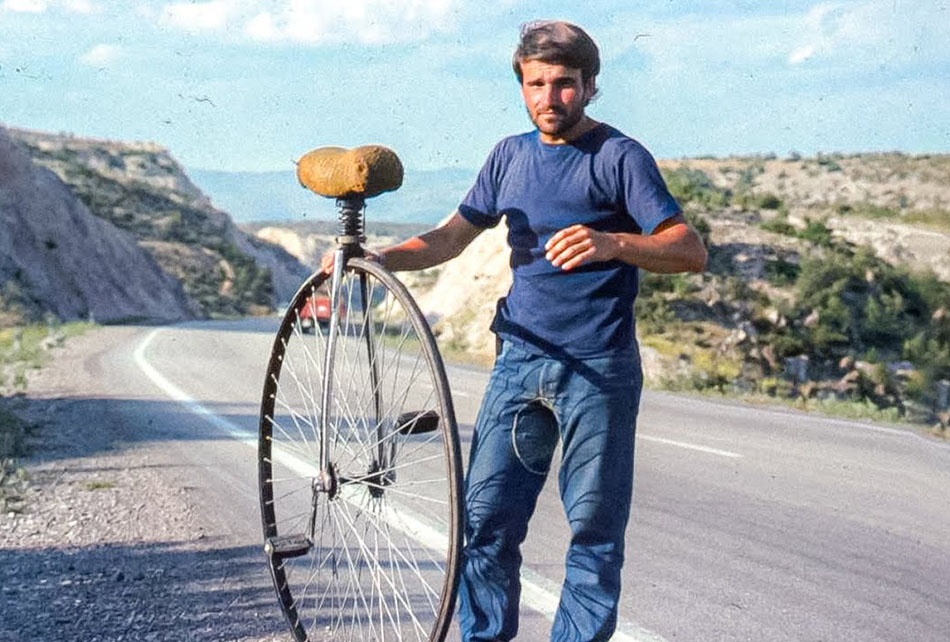 Cycling round the world is one thing. But doing it on one wheel is another thing entirely.

Apparently, it’s not been done much. Which is to say that a round-the-world unicycle tour has only been completed by two people… ever.

When we saw that one of the successful attempters - Ed Pratt who completed his circumnavigation in 2018 - had interviewed the other - Wally Watts who made his lap of the globe between 1976 and 1978 - we were intrigued. 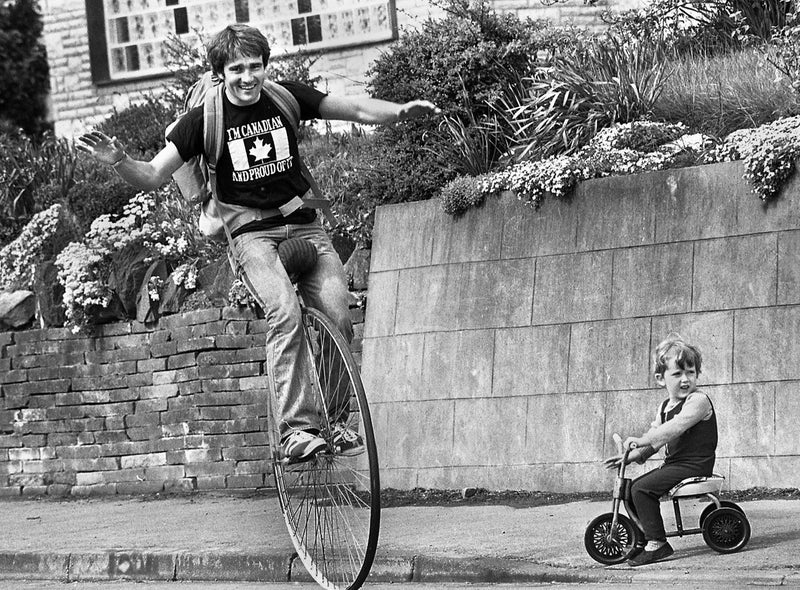 Hit the play button below for eagerly told tall tales of mono-wheeled adventure; from a handmade 43” wheel and sprung seat post, to custom-leather-crotched-jeans. From broken arms and the toilets of Turkish hospitals, to a 1976 episode of Blue Peter.

Ed Pratt, thank you for unicycling round the world and then catching up with the seemingly ever-energetic ‘Wobbling Wally Watts’ via the wonderful world of video chat. This really is a worthy half hour watch.