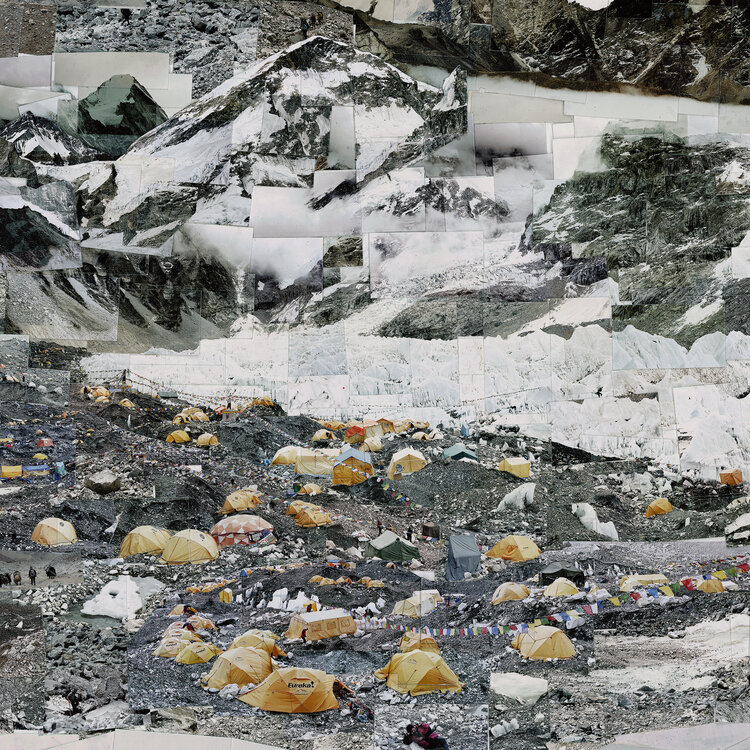 An artist often drawing or sketching, Sohei Nishino’s move to photography came with his interest in walking, starting to take photographs while navigating the Henro, a well-known Buddhist pilgrimage route around the island of Shikoku, Japan.

The development of his large-scale photo collage style is better described by Nishino himself as tapestry like; a multi-stranded piece of work made up of hundreds of individual pieces. 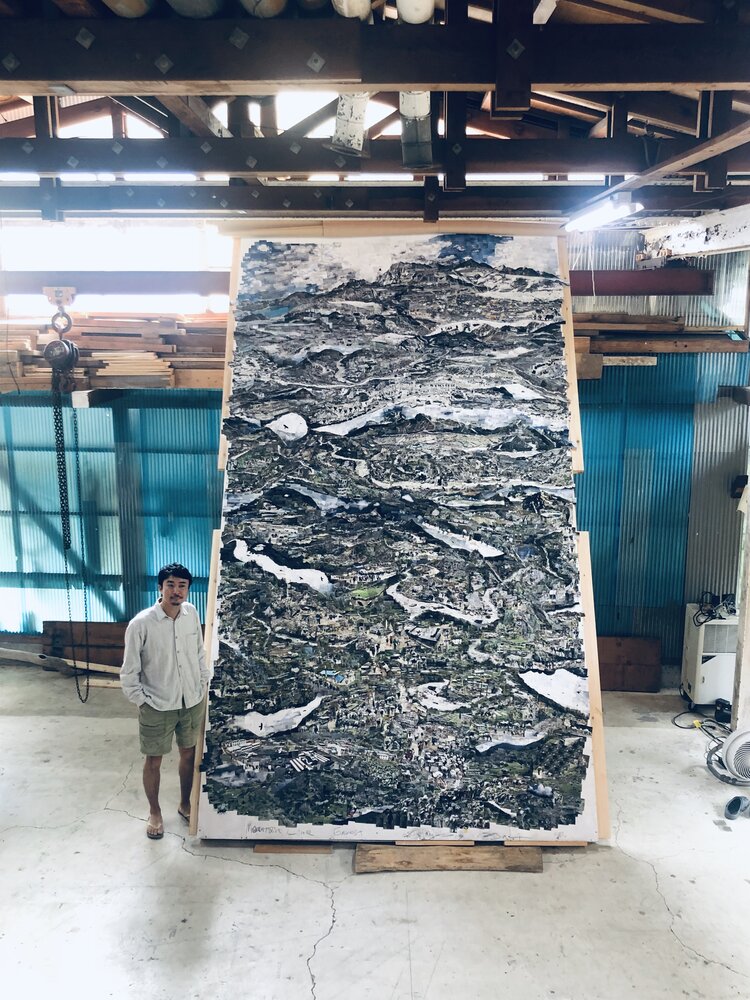 The works bear Nishino’s experiences of a place, the people he meets and what he sees. The expression of his work and its scale correlates to the long distance walking he’s doing whilst creating the individual imagery which will later become a larger singular body of work. For his natural work he’s constantly moving and never staying in one place as opposed to his cities work where he bases himself from one location. Clearly inspired by map calligraphy, Nishino counts Tadataka Iño – the first cartographer to create a map of Japan – as an influence.

Nishino’s work can be seen as a visual manifestation of his time spent moving through a space, giving a broader scope to iconic places. Like with his piece ‘Everest’ where alongside a Sherpa, his assistant, some 400 rolls of film and sizeable camera equipment he trailed an indirect route over 23 days around Mount Everest, equally taking in its surroundings. Nishino says “I wanted to photograph the mountains of Khumba, trekking paths, people living along the routes, climbers, towns, and farms” allowing him to collect a visual story of the human and natural elements at play.

An incredible feat these large-scale collages dwarf the viewer and bring something of the scale and wonderment of these places, obsessively detailed and re-imagined by Nishino who allows it to be a work of memory rather than one of absolute truth. 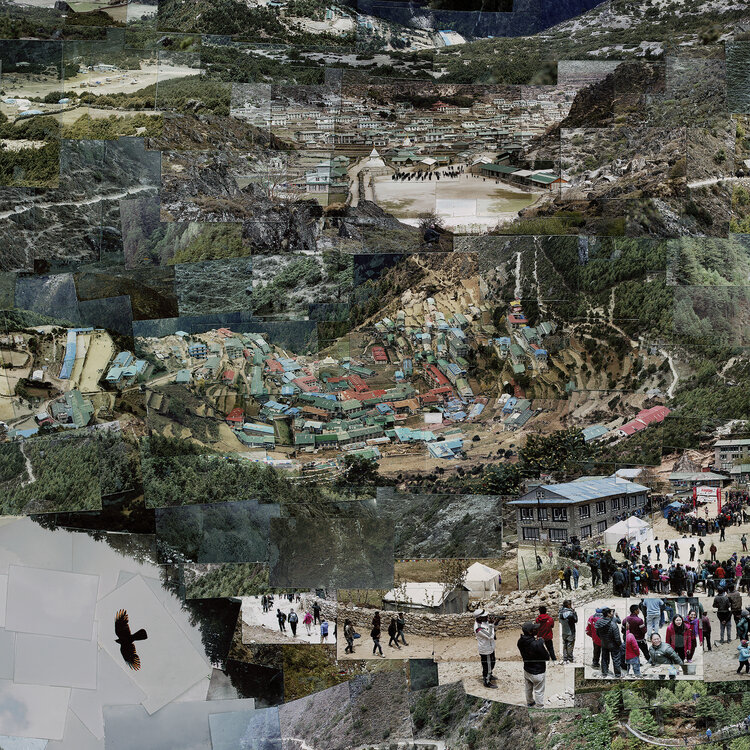 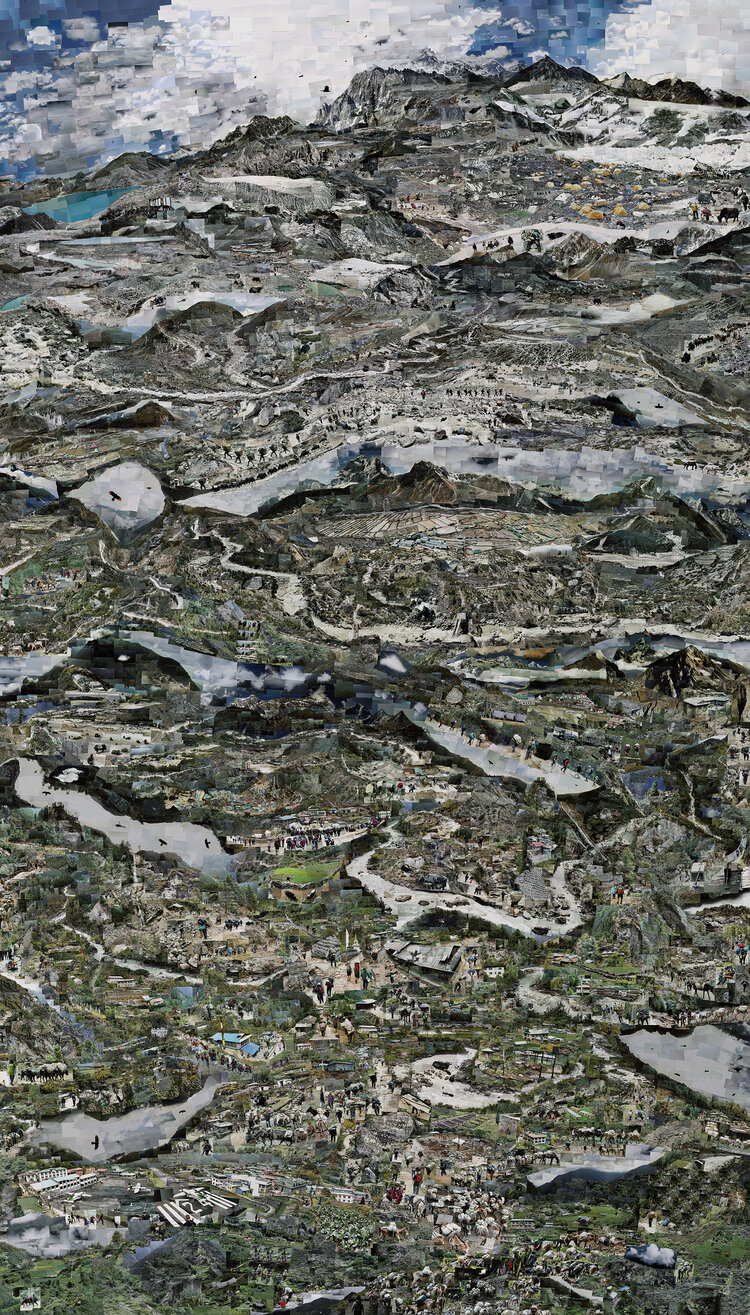 Take some time and take a look: http://soheinishino.net/

Also there's this insightful interview with the British Journal of Photography https://www.bjp-online.com/2020/03/a-photographers-view-of-the-world-from-multiple-perspectives/