Charlie from Clitheroe guides you to utility bike nirvana… 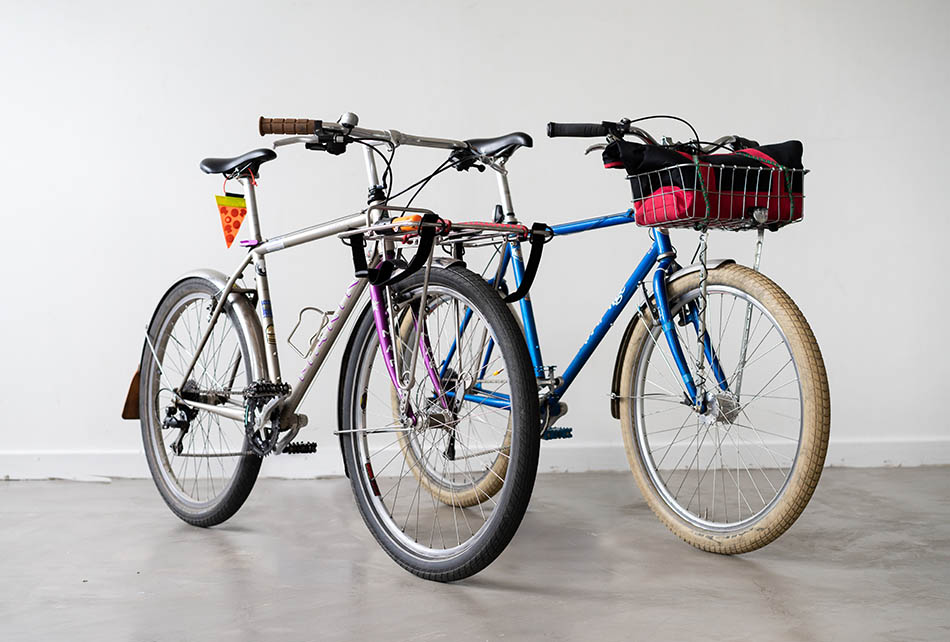 Part of the extended Outsiders family, Charlie is on a mission to change the way we think about bikes and cycling...

Walk into a large commercial bike shop in Britain, ask for a bike that can safely transport a baguette, a dozen eggs and a bottle of something nice home from the shops, on mixed terrain, all whilst sporting regular shoes and a pair of jeans and you will be met with a look of sheer bewilderment.

Walk into a large commercial bike shop in Britain, ask for a bike that has 18million gears and other widgets, can rip down a mountain side at 45mph, is able to jump gaps of two thousand meters and requires a logo covered space-suit to ride it and the salesperson will gleefully show you a number of suitable rides and matching outfits.

I know the bike shops are just trying to make ends meet but the industry has a lot to answer for. Most people are not “racers”, most people do not need “lightweight aluminium”, twenty-four or more gears, aerodynamics, carbon fibre or any other trickle-down tech from the guys racing the world circuits. Most people just need durability, simplicity, a comfy saddle, mudguards and a basket for their shopping. I’m not even going to start on the bike industry’s seemingly dark age views on what women want from a bike… (looking at you Giant with names like “flourish” and “bliss” for your women’s bikes) It's frankly hilarious. 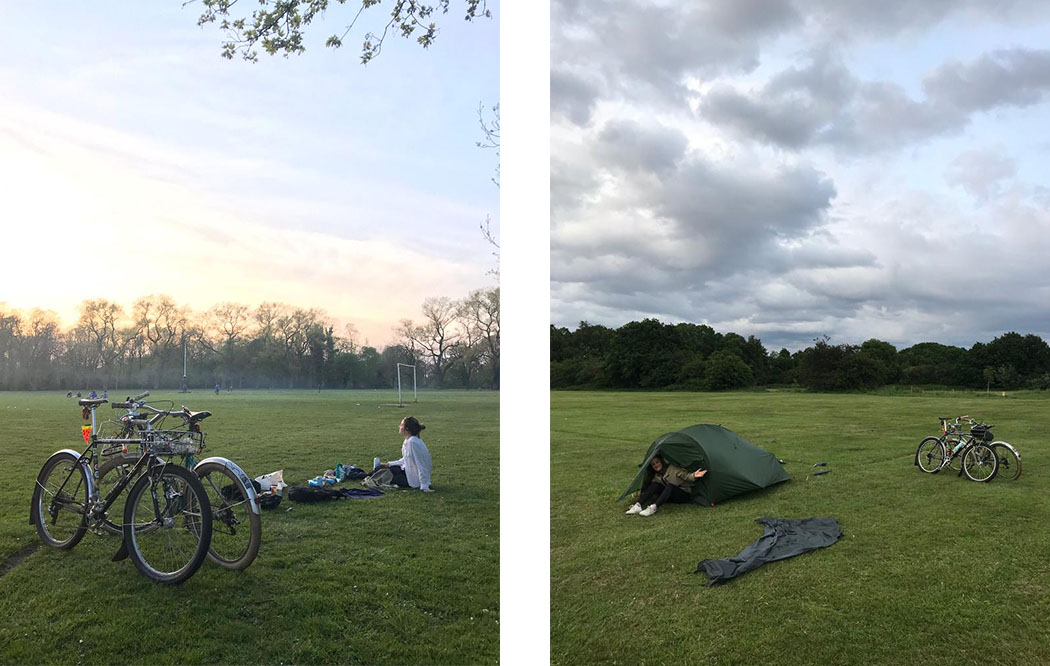 It's not an unpopular opinion that people need to ride bikes more. The evidence is all around us. Stand by a busy road and look at all the drivers whizzing past. You can guarantee that most of them have four or more empty seats. It's also obvious that the cycling infrastructure in our country's major cities and towns leaves a lot to be desired but there's a lot to be said for the cycling culture too…

I think a lot of people just don't know where to start with bikes or have been confused by the expensive options at the bike shop. I’ve got a relatively simple solution.

The old mountain bikes of the 1980s and ‘90s with no suspension, minimal gearing (by today's standards but more than enough by mine) and unfashionable geometry are considered junk by most people. But fortunately for us, most people are fools! You can find a beauty second hand in decent nick for a great price with a bit of hunting. They’ll often be sub £100 and with a few minor modifications and a little bit of money spent (of which I shall expand upon) you can achieve utility-bike nirvana. I’ve helped a load of friends out with these bikes and I haven't had any complaints!

So, you’ve got your lovely old steel framed MTB.

First job is to rip those shot old tires off and put on something cheap and cheerful. The Schwalbe Big Apple is a popular choice amongst the converted. Slick enough to roll fast on the road and fat enough to offer ample suspension and devour the potholes.

Job number two: Normally you’ll find these bikes have narrow, straight handlebars that can feel uncomfortable for dawdling about. Swap them out for something comfier, I like ones with a bit of a back sweep allowing you to sit more upright and ultimately have a more comfortable and arguably safer riding position. The Nitto Albatross is the grail, so named for its impressive wingspan. If you might want something less extreme then just eBay “swept back bars” or something and you’ll find results. 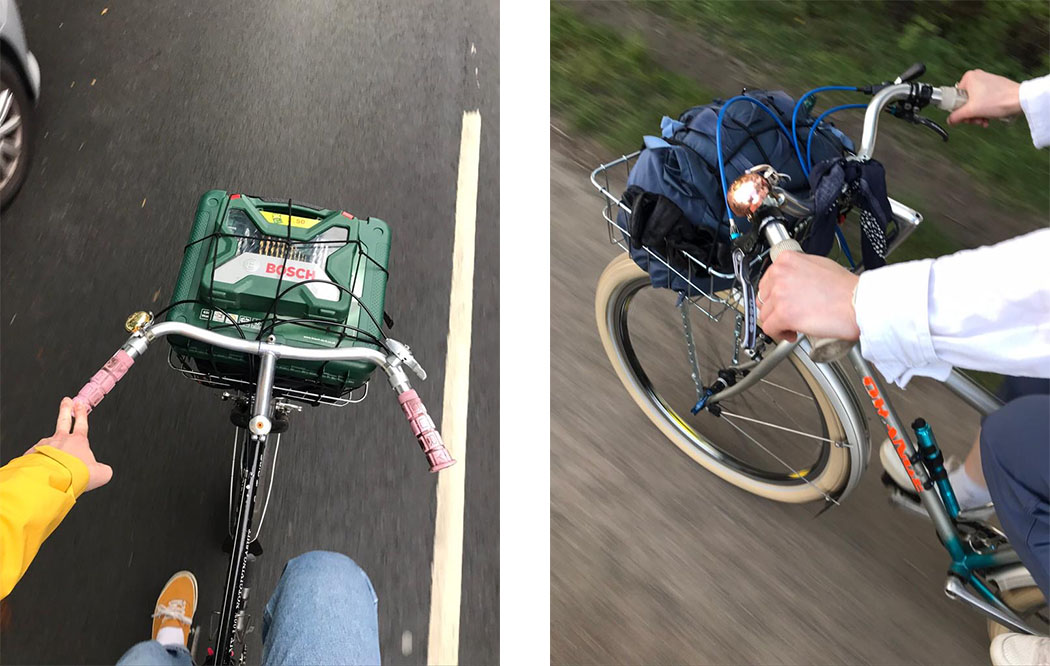 Job number three: Mudguards! Full length, full coverage, ideally with mud flaps. I live in the north west so this is a very important addition!! SKS make nice cheap plasticky ones that will do the job. If you want to be fancy, get Velo Orange stainless steel ones. They look beautiful and have luxurious leather washers that make you feel like you’re landed gentry.

Job number four: Could be your final modification. Get a rack! A rear rack will be the easiest to fit usually but front ones are really nice too, Velo Orange or Brick Lane Bikes make nice ones of these. I personally have a penchant for a Wald metal basket covered with a cargo net to chuck my stuff in as I ride. Backpack wearing is for people who catch the bus so get a rack and let your bike carry the weight.

WARNING: Once you start tinkering, accessorising and modifying your bike it will become quite difficult (read: Impossible) to cease. If you would like your money to remain safely within your bank account, DO NOT look at these Instagram pages:

You’ve completed your tinkering, you’ve stained a t-shirt, got oil that won’t shift from under your fingernails and skinned a knuckle or two, you feel like a champion amongst homo sapiens, a master engineer. You’ve hacked the bicycle system and created a magnificent vehicle of leisure and utility. Stand proud, gaze upon your work. Do this for an amount of time deemed odd by anyone else and then jump on and ride to the pub, you’ve earned your pint. 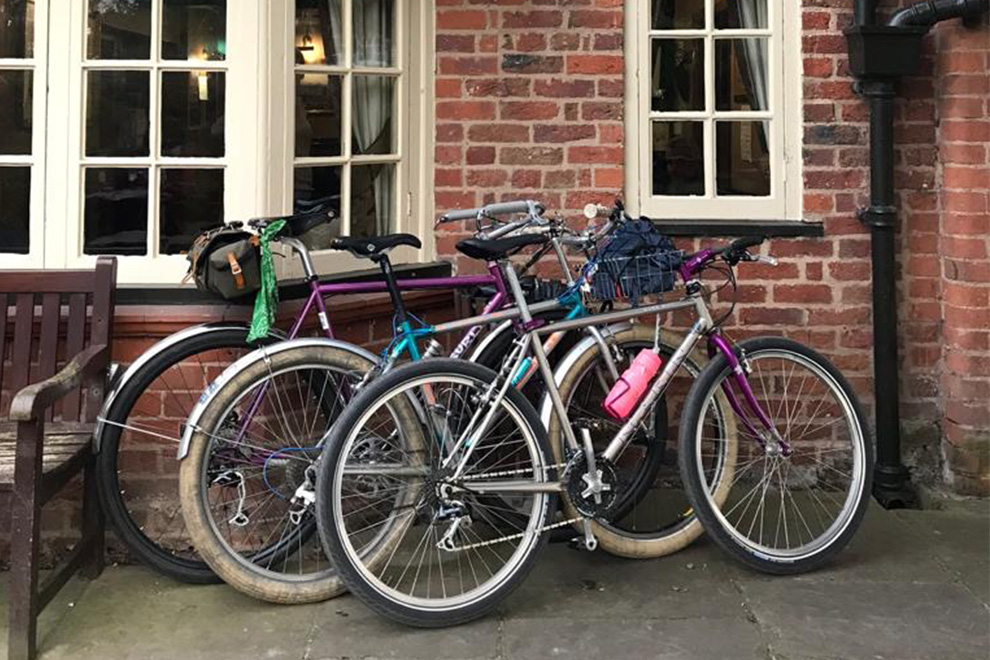